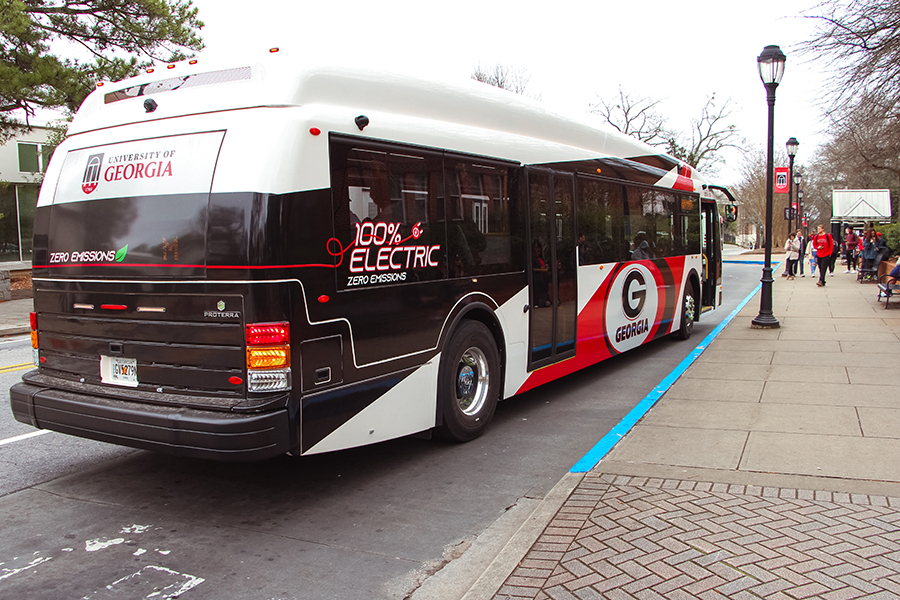 Approximately 6 million passenger trips are operated by the UGA bus service each year.

Riding the bus is one of the best ways to get around campus. The system carries a greater volume of passengers than any other University transit system in the United States. Campus Transit provides bus and para-transit services to the UGA campus. Weekday, night, and weekend routes are available to all UGA community members. Keeping track of the next available bus is easy through UGA’s mobile app available on Apple and Android devices.

Learn more about our bus routes. 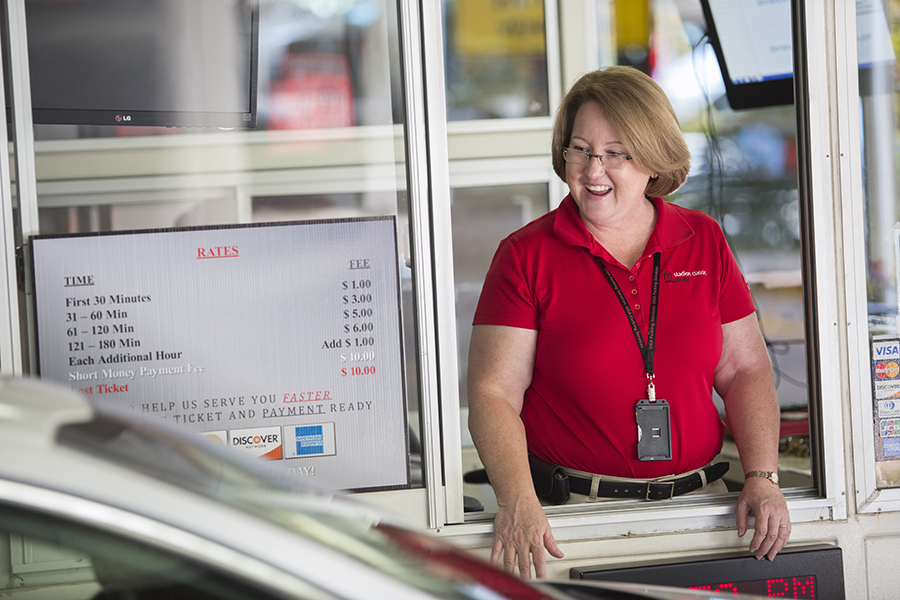 19,000 parking spaces are managed on campus.

Transportation and Parking Services offers online permit registration for students, faculty, and staff. Hourly parking is available in a number of decks on campus and pay lots. Electric vehicle charging stations are available in the North, South, and East Campus decks.

Learn more about parking on campus.

The University of Georgia Campus Transit System was created in 1966. In the early years, the system operated one route and carried about 800 passengers a day. For the first five years, the system was funded by a 5¢ fare collected in cigar boxes on the dashboard of the bus. In 1972, fare-free bus service was implemented, allowing for more efficient boarding and departure of the buses, and this system has been in place ever since.

Public transportation returned to the city of Athens in 1978, and students have been provided fare-free access to Athens Transit on all services and routes they operate through their student fees.

In 1996, the Summer Olympics came to Atlanta and some events took place on the UGA campus. During these events, Campus Transit played a huge part in shuttling participants, Olympic officials, and the general public.

Currently our fleet is second only to MARTA in the state of Georgia in terms of ridership and fleet size, with ridership averages over 33,716 per day. UGA’s Transit Service has grown to include over 30 electric and 60 diesel buses and is considered to be a showcase fleet within university transit systems.